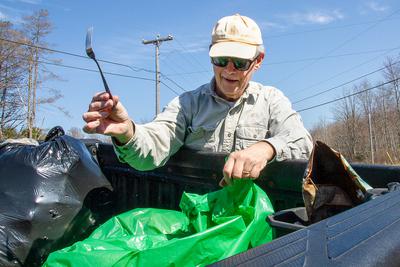 “The most successful Green Up Day ever!” according to organizer Lynda MacArthur took place Saturday, April 24, with balmy temperatures and a sunshiny sky, making for a delightful morning for volunteers to walk the streets and roads of Castine gathering trash.

People were lined up to sign up and select a route even before the official 9 a.m. starting time (and for an hour thereafter), resulting in 40 participants gathering 70 bags of trash throughout the morning. An additional array of unusual debris was also collected, including a car’s complete front-end and bumper, a television set, a gas grill, a 12’ water pipe, and a collection of clothing including an assortment of men’s underwear and a bra (reported to be in useable condition)! 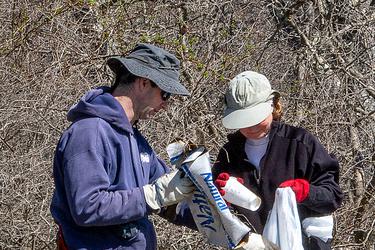 Chris Moore and Robin Mass selected a section of Route 166 to scour for trash. 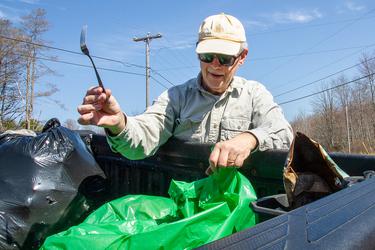 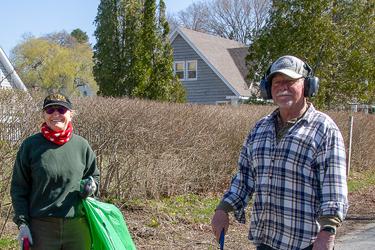 Sandra, their dog Heidi and Bob Beske made the spring clean-up a family affair. 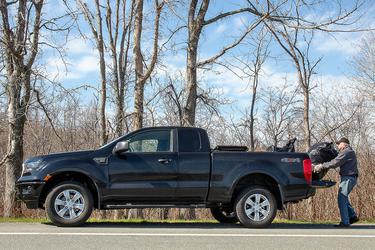 The trash bags and other debris were picked up by Gordon MacArthur (pictured), Jim Shanley, Bobby Vagt and Jimmy Goodson and delivered to the Transfer Station.