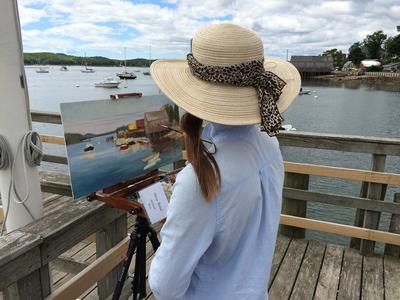 The Castine 2015 Plein Air Festival ended with a very “picturesque” reception on Saturday evening, July 25. The festival started with a festive reception for artists, host families and sponsors on Wednesday evening at the Castine Inn. Registration was held on Thursday morning on the Castine Town Common, and the artists eagerly began painting the landscapes, architectures and history that makes up Castine, according to a news release from the Castine Arts Association.

Weather cooperated to the success of the festival, with the possible exception of a thunderstorm on Friday afternoon. Many visitors came to town just to see the artists paint “en plein air.” Ninety-two of the 217 paintings created during the festival were sold during the two-hour reception and sale on Saturday afternoon, with hundreds of art enthusiasts flooding MMA’s Alfond Student Center to see the artwork created over the festival days. 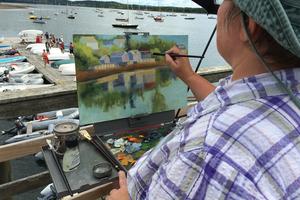 Suzanne Savage Brewer of Sidney renders a scene from the opposite shore. 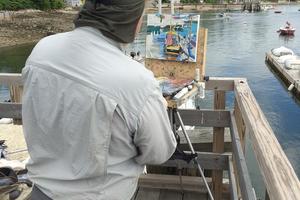 Michael Vermette of Indian Point recreates a scene from the harbor but won first prize for a “Sunrise from Battle of 1779 Field.” 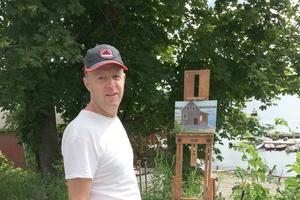 Charles Fenner of Blue Hill’s canvas is smaller than his palette. 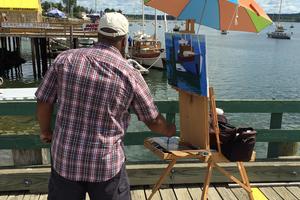 Anthony Watkins of Bradley works from a location at the waterfront. 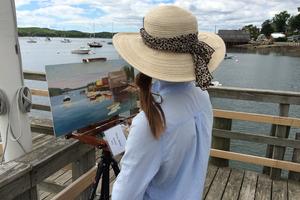