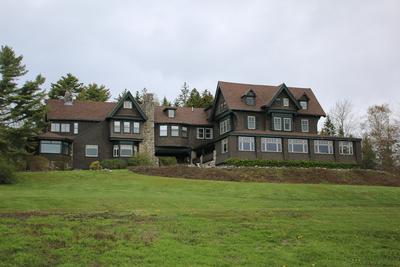 The dining room of the Manor Inn on Battle Avenue will no longer have dinner service. Owners Will and Simone Cosgrove plan to focus on B&B and events.

Those looking for dinner options in Castine have one fewer place to choose from as The Manor Inn has ended its dinner service.

It’s been close to a year of change for the longstanding business, with new owners Will and Simone Cosgrove of Washington state taking the reins last spring after the departure of longtime owners Nancy Watson and Tom Ehrman.

“We are 100 percent focused on the B&B side of our business, in addition to bringing comedy and entertainment to the region,” Will Cosgrove said in an email to the Patriot.

Cosgrove noted that limited time and resources has influenced their decision to stop serving dinner.

“Our energy is best focused on the above-mentioned [B&B] model,” he said.

According to Cosgrove, the pub will be open to the public on nights when entertainment is scheduled, but on a day-to-day basis, the restaurant will remain closed.

The Manor Inn will continue its policy of providing a free breakfast to Maine Maritime Academy students whose parents stay at the inn upon visiting Castine, according to Cosgrove.

Cosgrove also stated that The Manor Inn is in the process of booking events for the summer season that will include comedy and music, including a comedy event on Saturday, March 7.